Can homeowners file a lawsuit without joint approval of the neighbors through a Neighborhood Meeting?

One of the main questions we ask ourselves as owners in relation to claims management , is whether we can bring individual rather than joint actions before a Court.

According to article 18 of the Horizontal Property Law, a neighbor can carry out legal actions individually, when a decision taken at a meeting of owners causes harm to the same community.

When you want to carry out a challenge in an individual way, this will always go through the own challenge in the Meeting. This challenge can be carried out as long as the negative vote is recorded in the same meeting, or in turn, in the case that the vote is saved. The Law also allows to challenge those owners who were absent in the Meeting, since they did not vote in favor.


In short, to be able to act in your community at an individual level, it must be for the good of the community, in order to obtain some benefit. Next we will give examples of this.

Management of lawsuits: individual action judgments in the Community of Owners

– In relation to the management of claims, the person who performs actions exposing the defence of common elements, but these are contrary to the provisions of the Community of Neighbors itself, will not have any legal standing for the benefit of the Community .

– The same happens when trying to modify an ornamental element . When not acting in real benefit of the community, they will not have the pertinent legal standing.


– If an owner wants to act against another for the sake of defending his rights , he will be able to do it provided that the other one shows a passive or opposite behaviour towards the Community of Proprietors. It will not be necessary to prove such passivity. Some cases are:

– It will not be necessary to prove and demonstrate that the community adopts a passive attitude in order for the neighboring owner to be able to execute an action in defence of the interests of the community.

– If it is desired to cease an annoying activity in the community of neighbors, the action of the neighbor requesting such cessation, will be able to be executed without problem before the passivity of the president of the community of owners .

– Therefore, it is reaffirmed that in the face of the passivity of the president, or even of the Board of neighbors itself, as legitimate in art.7 of the Horizontal Property Law (LPH), the neighbor has full right to start the action of cessation .

– If you want to defend the use of a common element of the community of owners the neighbor is fully legitimate to carry out the action, without having to have the prior agreement of the Board of neighbors.

Management of lawsuits: legitimization of works in common elements

– A neighbor is in his right to demand the removal of an enclosure of a common terrace that has been made without the consent of the Meeting of neighbors, even if there are already other enclosures of terraces that were not approved at the time.

– That at the time the community did not retaliate against owners who opened holes in the facade of the building, does not mean that a neighbor can not act in defence of the common elements of the property now .

– Any neighbor who considers it necessary will have the capacity to demand the replacement of an altered common element of the building, even if the community has not authorized it .

– It is perfectly legitimate for a neighbor who in the past committed a work that affected the common elements of the building to take legal action against another neighbor who is currently committing the same infraction .

– Even if similar works have been tolerated in the past, if a neighbor considers that a work may affect his safety .

When the occupation or appropriation of a common element is made

– A neighbor will always have the full right to defend himself against the appropriation of a common element by another neighbor.

– Even the owner of a premise that is part of the building of the community of neighbors has the right to sue another neighbor who is personally occupying the common areas of the property . 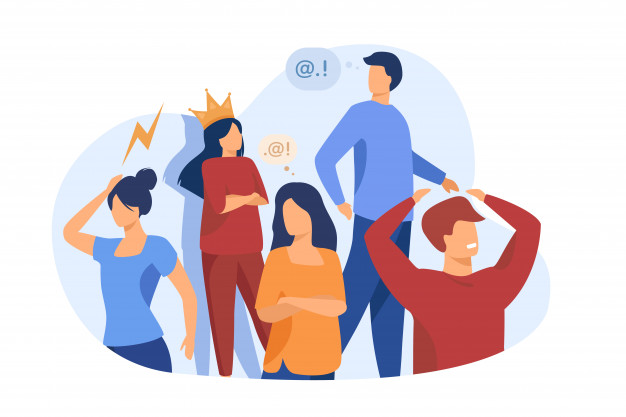 To suppress barriers in the communities of proprietors

– If there are disabled or handicapped neighbors in a building (even if this is their second residence), when opening the swimming pools in summer it will be of great importance to have water elevators for them. The work can be carried out as long as the majority of the neighbors are in favour.

– If a neighbor wants to challenge an agreement of a Meeting to which he has not attended, he will be able to do it if the neighbors owners who have missed the minutes of the Meeting are not communicated in an irrefutable way .

– Those who can challenge the agreement of a Meeting that they have not attended are the neighbors, and not the Community as such .

– It is not necessary that the neighbors absent to a Meeting , in which a simple majority was adopted , present the discrepancy to challenge an agreement .

When new owners join the community of neighbors

-The agreements carried out before the purchase of the property are binding, and although they were not recorded as registered, when they were known, the challenge was not executed .

– The new owner can challenge an agreement , if it has taken place at the time when the property was transferred to him. The term to proceed with the challenge will start from the moment of the approval.

Swimming pool on the terrace, is it legal? Beware of the weight of the water!

Taking into account the situation for COVID-19, there are many families who want to opt for a removable or inflatable …

Is it possible to hold Homeowners’ Meetings with the COVID-19 alarm decree?

The short answer is Yes, respecting the limitation of the number of attendees in force in each Autonomous Community. The …

What to do if pipes freeze due to cold?

The cold wave caused by the Filomena squall has caused exceptionally low temperatures in single-family homes and homeowners’ associations, with …

You can get more information about our cookies by clicking on SETTINGS.

This website uses cookies so that we can provide you with the best user experience possible. Cookie information is stored in your browser and performs functions such as recognising you when you return to our website and helping our team to understand which sections of the website you find most interesting and useful.

Strictly Necessary Cookie should be enabled at all times so that we can save your preferences for cookie settings.

If you disable this cookie, we will not be able to save your preferences. This means that every time you visit this website you will need to enable or disable cookies again.

Send this to a friend